The Superleague Formula in the spotlight

HomeCompetitionsThe Superleague Formula in the spotlight 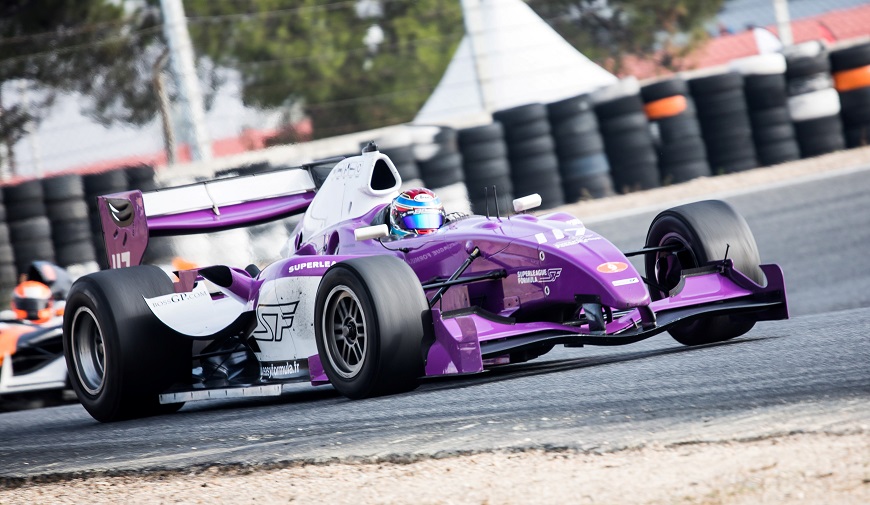 The Superleague Formula in the spotlight

The change of tyre supplier in Boss GP at the beginning of the year obliged the Easy Formula team to review his plans for the 2017 season. Despite not being able to enter any championship, the team received several proposals from event organizers to bring their Superleague Formula cars in order to do some demo runs.

The first event was the Grand Prix de France Historique. With two Formula 1 championships covering the period 1960 – 1985, the Formula 3 Classic and also a GT and Prototypes race, this first edition of the Historic GP brought together a large number of enthusiasts on the Nevers Magny-Cours circuit. Easy Formula entered three Superleague cars there, which shared the track on Saturday and Sunday with Formula 1 cars from the ’90s and other fast single seaters.

Then the team went to Jarama in October, to be part of the fiftieth anniversary of the Spanish track. The program prepared by the organizers was enticing with a wide variety of competition vehicles: from Group B to Formula 1, through Le Mans and even old Grand Prix bikes. The single seater group gathered half a dozen of Formula 1, two IndyCar and two Superleague Formula and was particularly expected by the 25,000 spectators. Both Easy Formula drivers enjoyed their two hours of driving.

Next season’s program is not yet determined, but several promoters have already expressed their interest and Easy Formula should be present on many major events in 2018.