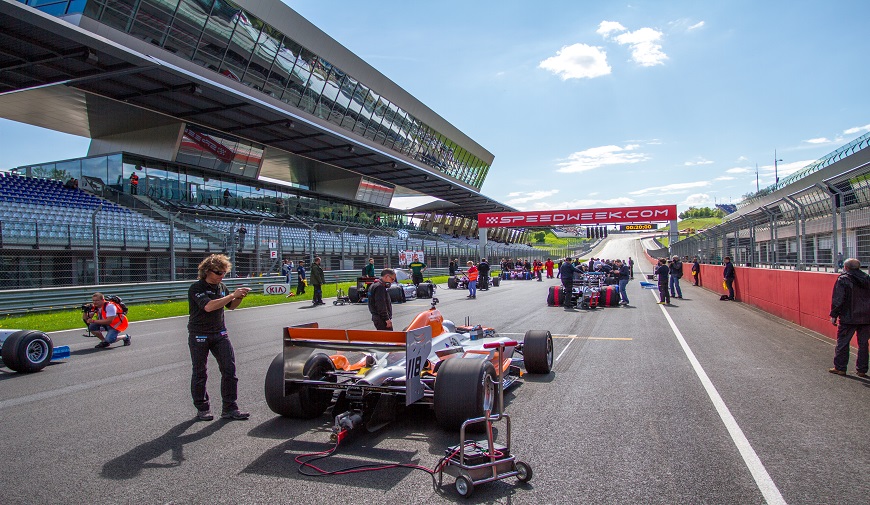 On the programme, eight races on some of the most beautiful European race circuits.

After an encouraging first season, the organizers of the Maxx Formula serie have worked hard to come up with an attractive 2020 schedule of four meetings with two races each.

The season will open on the Red Bull Ring circuit, which hosts the Austrian Formula 1 Grand Prix, on May 16th and 17th. Then the competitors will go to another famous Formula 1 circuit: Hockenheim in Germany on June 27th and 28th.

After the summer break, the Most circuit in the Czech Republic will host the Maxx Formula drivers for the fifth and sixth round of the season. At this event, the single-seaters will share the poster with the popular European Truck Racing Championship.

The Spa-Francorchamps circuit will be the scene of the championship final, on October 10th and 11th on the legendary circuit of the Belgian Ardennes.

Easy Formula will enter two Panoz Superleague Formula cars in the coming season with the aim of defending the title of Advance class champion, acquired by Christopher at the end of the 2019 season. The engagement of a third car is also being studied, the interested drivers can contact the team at info@easyformula.fr