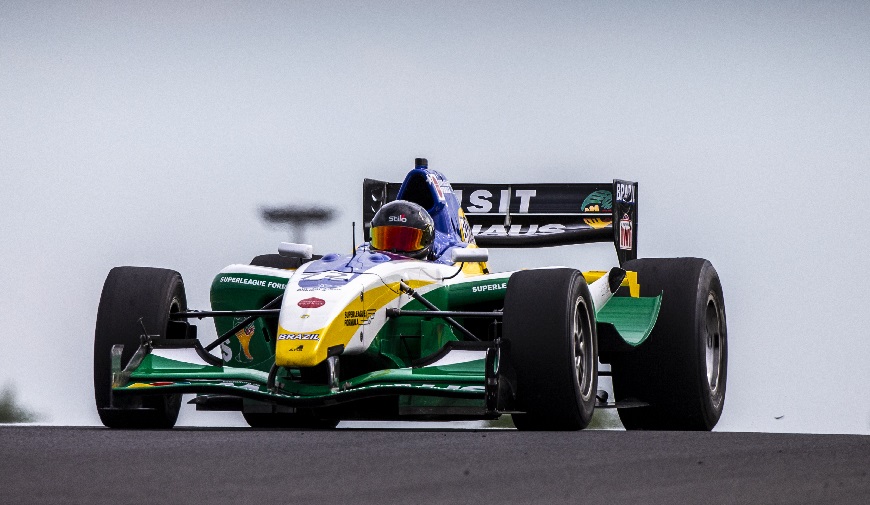 Easy Formula puts its two cars cars on the podium of the Maxx serie second round.

The Slovakiaring circuit, located 35 kilometers from Bratislava, hosted the Maxx Formula’s competitors for the third and fourth races of the season. The series dedicated to the fastest single seater cars sharing the poster with the spectacular vehicles of the European Truck Racing Championship.

While holding the best time in the Advance class during free practice, Christopher was the victim of a crash that prevented him from participating in the qualifying session. Fortunately the driver was not injured and he was allowed to take part in the races, having to start from the end of the grid. On the second car, Gilles worthily represented the Easy Formula team and achieved the second qualifying time.

In the first race, Christopher climbed quickly up the ranks and finished second, just ahead of Gilles who finished third after a very consistent race.

In the second race, Christopher again took the second position. Caring for understeer, Gilles moved back one rank and was fourth.

The team will now take some vacation, before coming back to prepare the second half of the season.